The latest Purchasing Managers' Index came in at 52.7 for February, down from January's 53.1 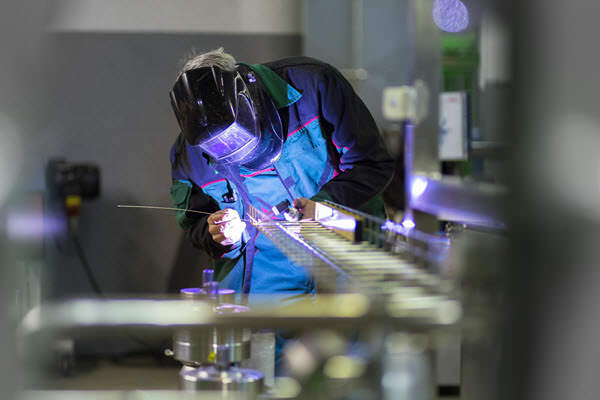 The manufacturing sector started 2018 on a high and is still powering along, albeit at a slightly slower pace.

The latest Purchasing Managers’ Index (PMI) – an early indicator of manufacturing activity – came in at 52.7 for February.

This was down from January’s 53.1, which had been the highest reading since December 2009.

A reading of 50 and above indicates expansion.

February was the 18th consecutive month of improvement in manufacturing, which makes up a fifth of the economy and is expected to remain a key growth driver in the year ahead.

The Singapore Institute of Purchasing and Materials Management (SIPMM), which compiles the PMI from a monthly poll of purchasing executives in about 150 industrial companies, said the latest reading “was dragged lower by the electronics manufacturing sector, on the back of the moderating non-electronics sectors”.

The electronics sector’s PMI for February came in at 52.1 – its lowest reading in eight months. This was down from January’s 52.9.

February’s lower reading came on the back of slower growth in both factory output and new orders. Slower growth was also recorded in imports, input prices, employment and new exports.

Still, this was the 19th straight month of expansion for the electronics sector.

PMI readings around the region were mixed. Factory activity picked up in Vietnam and slowed in Taiwan and Japan, though both PMIs remained expansionary. Malaysia fell back into contractionary territory with a reading of 49.9 in February, from the previous month’s 50.5.

OCBC economist Selena Ling said data in January and February might be skewed by the Lunar New Year festive season and March might offer more clarity on how the manufacturing sector is really doing.

“While some moderation in the overall manufacturing and electronics growth pace had been anticipated for some time, outstanding January industrial production data at 17.9 per cent year-on-year could (be the result of) some frontloading ahead of the Chinese New Year festive season.

“Looking ahead, we do not expect that the double-digit expansion in manufacturing output can sustain…Industry news suggests that Applied Materials Inc, the largest supplier of machinery used to make semiconductors, remains bullish on future demand, citing sustainable market strength amid a fundamental shift in the demand for semiconductors and displays.”