April's Purchasing Managers' Index (PMI) was 52.9, marginally down from 53 in March, with a reading of 50 and above indicating expansion. 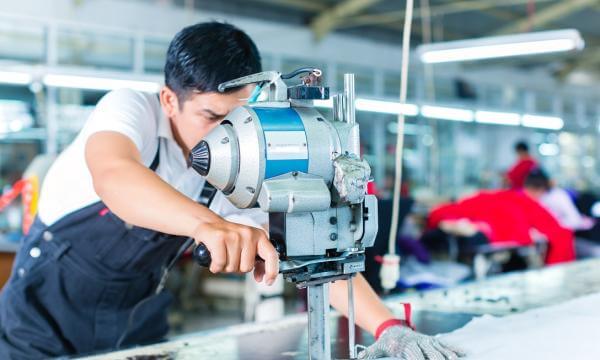 Manufacturing in Singapore saw its 20th straight month of expansion in April, though the rate of growth has steadied over the last six months, according to figures out on Wednesday (May 2).

April’s Purchasing Managers’ Index (PMI) was 52.9, marginally down from 53 in March, with a reading of 50 and above indicating expansion.

Based on a monthly poll of purchasing executives in over 150 industrial companies, the PMI is a leading indicator of economic activity. Since October 2017, the monthly reading has fluctuated between 52.6 and 53.1.

The Singapore Institute of Purchasing and Materials Management (SIPMM), which compiles the data, attributed April’s marginally lower reading to a slower growth in new orders and new exports, and a slightly slower factory output.

The electronics sector saw its 21st consecutive month of expansion with an April PMI of 52.2, down from 52.4 in March. This was the third straight month in which electronics – recently the main driver of manufacturing growth – grew at a slower rate than overall manufacturing.

She expects GDP (gross domestic product) growth to ease similarly, to 3.8 per cent year on year in the second quarter and with full-year “growth anchored around the 3.0 per cent handle”.

Regional PMI readings paint a mixed picture for April. Japan’s manufacturing sector saw quickening expansion, with April’s PMI at 53.8, up from 53.1 in March. China also remained in expansion, with the Caixin PMI at 51.1, up fractionally from March’s 51.0.

Indonesia, the Philippines and Vietnam also saw faster growth, while Taiwan remained in expansion but at its weakest rate since October.

In contrast, Malaysia and South Korea saw their manufacturing downturns intensifying. Thailand manufacturing faced its second straight month of deterioration, though at a slowing pace of decline.