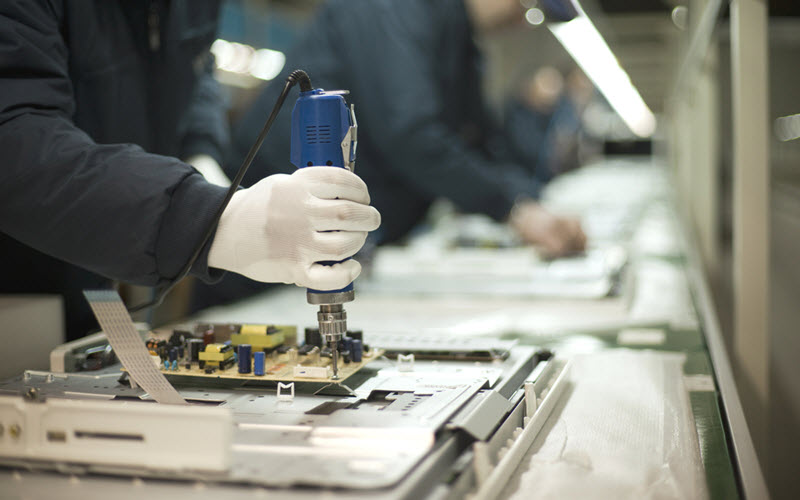 Singapore’s factory activity grew at a slower pace last month (September), with fewer new orders and new exports, in line with a similar trend across Asia and Europe, signalling the fallout from the trade conflict between the United States and China may be growing.

After a brief bounce in August, the Purchasing Managers’ Index (PMI), a key indicator of manufacturing activity, returned to slower growth last month by dipping 0.2 point to 52.4.

The reading was in line with the consensus forecast of analysts polled by Bloomberg, with the key electronics PMI sub-index dropping 0.6 point to 51.4.

Meanwhile, the employment index rose for the manufacturing sector but fell for the electronics industry.

Still, this was the 25th straight month of expansion in manufacturing, as indicated by a score above 50 in the index, which is compiled by the Singapore Institute of Purchasing and Materials Management (SIPMM).

The trend of slowing growth is expected to continue, with OCBC Bank’s head of treasury research and strategy Selena Ling saying she expects manufacturing and electronics growth to moderate further for the remaining months of 2018.

Part of the reason is that industrial production expanded by more than 14 per cent in both September and October last year, setting a “high base” for year-on-year comparison in the coming months.

Output fell from 53.7 to 53.4 as well, and the inventory index, which slipped 0.1 point to 51.9, was at its lowest recorded reading since August last year.

Finished goods and imports grew at a slower rate as well, as did order backlogs.

But even as most indexes slipped south, employment logged its 13th month of consecutive expansion, going from 51.0 to 51.1. Input prices, too, posted slightly higher growth from 51.4 to 51.6.

The electronics order backlog, though, slipped further, marking its fifth month of contraction.

Singapore’s latest manufacturing snapshot comes as growth in factory activity slowed across Europe and Asia in September, with export orders weakening before the latest escalation in the US-China trade conflict.

Others like Malaysia, Thailand and the Philippines, however, saw factory activity stabilising or improving.

In noting this trend, Ms Ling said it “could be due to diverted production as a consequence of the escalating US-China trade spat”.