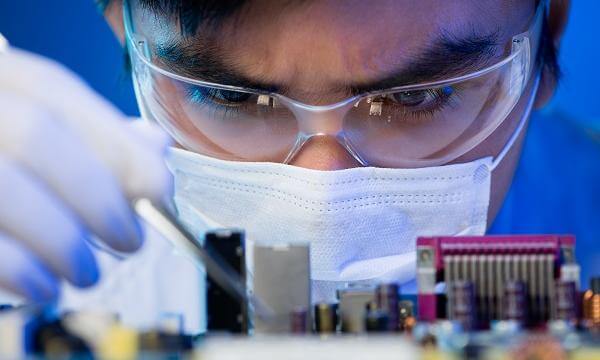 Manufacturing output expanded for the first time in more than a year last month, though economists were hesitant to call this a recovery, given the weak global outlook.

The Purchasing Managers’ Index (PMI) – an early indicator of manufacturing activity – came in at 50.1 last month, up from 49.8 in August. A reading above 50 indicates expansion. Singapore’s PMI had been in contractionary territory since June last year. Last month’s uptick was attributed to an increase in new domestic and export orders, as well as a faster rate of expansion of inventory and finished goods. But manufacturing employment, which has been contracting since November 2014, remained lacklustre.

The data was compiled by the Singapore Institute of Purchasing and Materials Management (SIPMM) from a monthly poll of purchasing executives at about 150 industrial firms.

The survey also showed that the PMI for the electronics sector came in at 50.3 – the second straight month of expansion following 13 months of contractionary readings.

This was attributed to a rise in new domestic and export orders as well as increased factory output.

It remains to be seen if this momentum can be sustained, said OCBC economist Selena Ling.

“Even the last bout of expansion in mid-2015 lasted only two months. The improvement in the manufacturing sector is largely predicated on the electronics pickup, so the health of the latter remains critical.”

DBS economist Irvin Seah said it is still too early to tell whether manufacturing, which makes up a fifth of the economy, is finally coming out of the doldrums.

“Though key sub-indexes such as new orders… and production are trending higher, this is accompanied by a pickup in stocks of finished goods.

“Essentially, manufacturers are merely anticipating stronger demand ahead,” he said, adding that they are likely expecting a boost from the year-end festive season.

Whether this will materialise into a sustained upward trend will depend on the global outlook, “which is not looking great at the moment”.

Manufacturers elsewhere in the region also appeared to be on a firmer footing last month. Activity in China’s manufacturing sector expanded again last month – the official PMI stood at 50.4, identical with the previous month’s level. A private survey – the Caixin Manufacturing PMI – rose to 50.1 from a no-change level of 50 in August.

Taiwan’s manufacturing PMI last month rose to 52.2 from 51.8 in August – the strongest reading in two years. But in South Korea, labour strikes in the auto sector weighed on the PMI reading, which fell to 47.6 last month from 48.6 in August.