The key electronics sector contracted for the 12th month running, although its PMI saw a slight improvement to come in at 49.3, a 0.2 point increase from September. 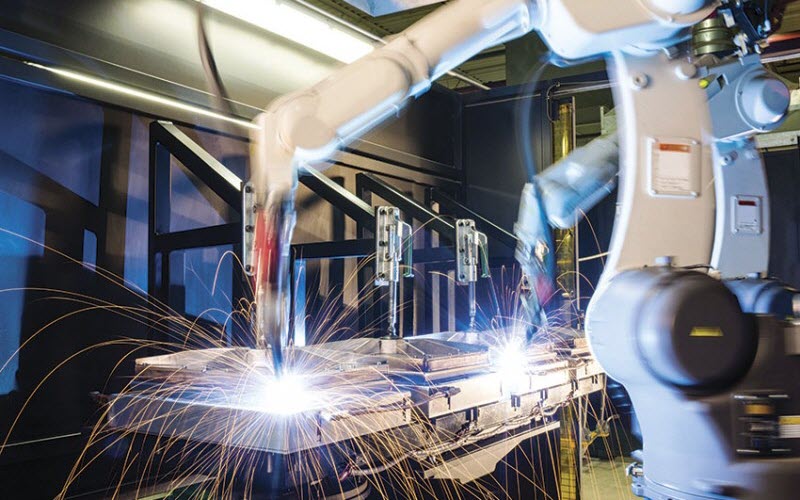 Singapore Manufacturing sentiment remained in negative territory for a sixth consecutive month in October, as the uncertain global trade environment continues to cast a shadow over factory activity in Singapore and the region.

But fruitful trade discussions between the United States and China could give the sector a boost and possibly recovery by early next year, said experts.

The Purchasing Managers’ Index (PMI) – an early gauge of factory activity – came in at 49.6 for last month, a 0.1 point increase from September.

A reading above 50 indicates expansion; one below points to a general decline.

“Anecdotal evidence suggests that several manufacturers had scaled back investment plans due to the uncertain global trade environment, and such uncertainty has been disconcerting to manufacturers,” said Ms Sophia Poh, vice-president for industry engagement and development at the Singapore Institute of Purchasing and Materials Management (SIPMM), which compiles the index.

The slight uptick in October was due to the expansion of factory output and inventory, and slower contraction of employment, SIPMM said in its report on Monday (Nov 4).

OCBC Bank head of treasury research and strategy Selena Ling noted that despite the expansion of several gauges and the marginal improvement in the manufacturing PMI, new orders and new exports remain mired in negative territory.

This indicates that a quick turnaround is unlikely to materialise in the near-future unless there is a significant improvement in the global demand outlook with a full resolution of United States-China trade tensions or the strengthening of major economies like Europe and China, Ms Ling said.

The key electronics sector contracted for the 12th month running, although its PMI saw a slight improvement to come in at 49.3, a 0.2 point increase from September.

This was due to slower contraction of new orders, factory output and employment, as well as faster expansion of inventory.

Maybank Kim Eng senior economist Chua Hak Bin said: “The good news is that there are tentative signs that the manufacturing downturn is bottoming out, and how it will pan out will depend on the current US-China trade discussions.”

He noted that US tariff hikes set to kick in on Dec 15 would hit the consumer electronics sector hardest. The 15 per cent tariffs will apply to US$160 billion (S$217 billion) worth of Chinese imports not previously covered by US duties, including cellphones, laptop and tablet computers.

“If the trade negotiations come to a sort of agreement or a partial deal, there might be a possibility that manufacturing may recover by early next year,” Dr Chua said.

Ms Ling said that the upside for regional manufacturing activities may be capped despite rising market hopes that the first phase of the US-China trade deal could be signed soon.

“The growth prognosis for China remains for a further deceleration into 2020,” she noted, adding that this in tandem with China’s drive towards in-sourcing to reduce its external components reliance may mean a muted positive spillover into the regional manufacturing supply chain.

Improvements have been seen in Malaysia and South Korea, although both remain in negative territory, but readings have slipped for the likes of Thailand, Vietnam and China.