Singapore PMI climbs to 50.8 in March 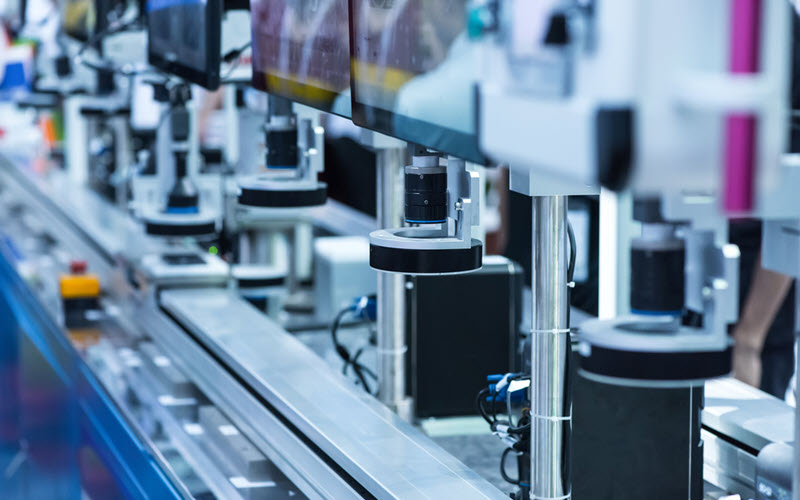 THE manufacturing sentiment in Singapore continued to improve in March and recorded a faster rate of expansion at 50.8, up 0.3 points from February, according to the latest Singapore Institute of Purchasing and Materials Management (SIPMM) Purchasing Managers’ Index (PMI) release on Monday.

This marks the ninth month of expansion for the overall manufacturing sector, and is the highest since March 2019. A PMI of above 50 indicates expansion from the previous month, while a reading below 50 implies contraction.

The latest PMI reading was attributed to higher expansion rates in the indexes of new orders, new exports, inventory, employment and a slower expansion for the factory output index, SIPMM said.

OCBC head of treasury research and strategy Selena Ling said that the plateauing of the domestic manufacturing and electronic PMIs were “largely to be expected since Chinese New Year festive holidays fell in February this year”.

However, the consecutive expansion of these sectors suggests that the sector will continue to grow, albeit at a more moderate pace in the first half of the year, she said.

Sophia Poh, SIPMM vice-president of Industry Engagement & Development, noted that despite the brighter outlook for the manufacturing sector at the start of the year, the Suez Canal blockage has resulted in supply chain disruptions, with the impact expected to last several months.

Furthermore, ongoing supply chain problems including the Suez Canal blockage would “ramp up delivery costs and pressure margins unless manufacturers are able to pass on the higher costs to end-consumers”, added Ms Ling.

While Ms Ling sees manufacturing growth remaining at 4 per cent, down from the 7.5 per cent seen last year, she noted that electronics may continue to be a beneficiary of the demand for 5G products and solutions, among others.

Meanwhile, the electronics sector marked its eighth consecutive month of expansion, though at a slower rate of 50.6, a 0.2 point dip since February.

This was due to slower expansion rates for the indexes of new orders, new exports, factory output, inventory and employment, SIPMM said.

Ms Ling also highlighted that consumer electronics could be affected by the ongoing global chip shortage, which may have already started to hurt global supply chains.

The Suez Canal blockage may have also exacerbated the chip supply going from Asia to Europe, she said. She noted that it may be more of a supply issue rather than a reduced demand.

Higher expansion rates were recorded for the electronics sector in the indexes of finished goods stock, important, input prices and order backlog.

Improvements were also seen in electronics employment, with the employment index reverting to a marginal expansion after 13 months in contraction.

Barclays analysts noted in their Monday report that employment indices showed gradual improvement, with March seeing an increased employment PMI in all countries except India and Thailand, while the North Asian economies and Malaysia reported an increase in their workforces.

0 responses on "Singapore PMI climbs to 50.8 in March"