The electronics sector, which marked its first contraction after 27 consecutive months of growth in November, dipped 0.1 point to 49.8 in December 2018 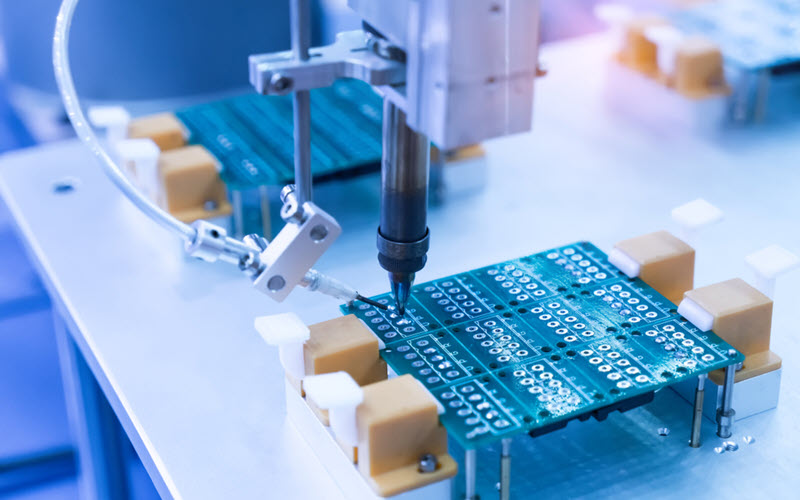 Singapore’s factory growth slowed again last month, with the key electronics sector contracting further amid a weakening of the outlook for the sector globally and fallout from the trade dispute between the United States and China.

The electronics sector, which marked its first contraction after 27 consecutive months of growth in November, dipped 0.1 point to 49.8 last month, the Singapore Institute of Purchasing and Materials Management (SIPMM) said on Thursday (Jan 3).

The latest set of readings “did not come as much of a surprise as the regional manufacturing PMIs released earlier were also telegraphing weakness”, said OCBC Bank’s head of treasury research and strategy Selena Ling.

China’s official manufacturing PMI, released on Monday, sank into contraction territory for the first time since July 2016, while the Caixin manufacturing PMI released on Wednesday also contracted to 49.7. The figure was Caixin PMI’s lowest reading since May 2017 and was below analyst expectations.

While Singapore’s manufacturing PMI in December was still in expansion – for the 28th consecutive month – Ms Ling said: “Given the broad macro backdrop of tepid global growth prospects and slowing global demand for electronics, the likely trajectory is for the manufacturing PMI to continue to lose altitude in the coming months.”

The current reading is likely due to non-electronics providing a buffer to weakness in the electronics sector, and probably due to the biomedical sector, she added.

The SIPMM said in its report on Thursday that the lower overall PMI reading was due to slower growth in new orders and new exports, factory output, inventory, as well as employment level. It is the lowest recorded reading since July last year.

The indexes of finished goods, imports, input prices and supplier deliveries also expanded at a lower rate, while the order backlog index continued to contract for the third month.

SIPMM added that the latest reading for electronics was attributed to a first-time contraction in factory output, as well as slower rates of expansion in new orders, new exports, inventory, and employment.

Finished goods, input prices, and supplier deliveries expanded at lower rates as well, while the index of order backlog continued to contract for the eighth consecutive month.

UOB senior economist Alvin Liew said the weaker PMI is likely related to a slowdown on China’s growth and demand for Singapore’s goods and services that are tied to it.

Although the recent gross domestic product numbers from the fourth quarter showed a “rebound in manufacturing activity in Singapore, looking forward, we are of the view that things will start to slow down”.

He noted there are many factors pointing to such a trend, including slower China growth, uncertain trade developments between the United States and China, as well as a global electronics cycle downturn.

“Perhaps the slight bump upwards in (manufacturing) numbers that we saw in the fourth quarter can be attributed to a front-loading of goods but once that is over, there will probably be uncertainty in how trade negotiations between the United States and China will go,” he added. “That will affect business sentiment and demand, export orders and so on as well.”