Retraining and reskilling workers in the age of automation

Executives increasingly see investing in retraining and “upskilling” existing workers as an urgent business priority that companies, not governments, must lead on. 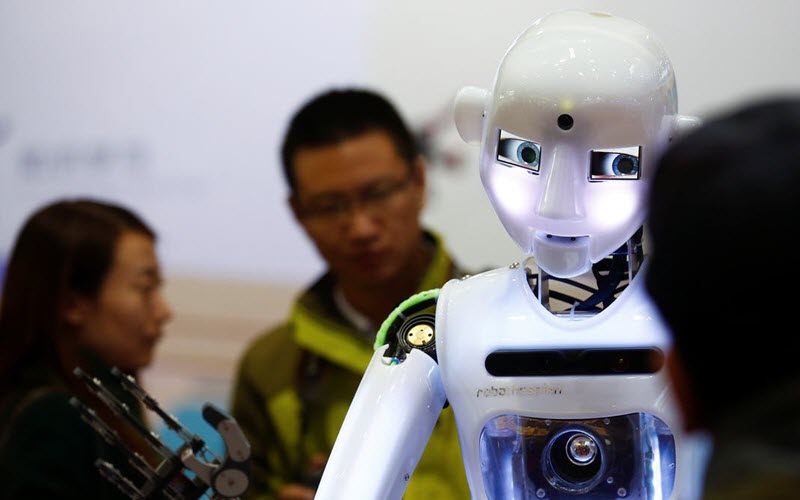 The world of work faces an epochal transition. By 2030, according to the a recent McKinsey Global Institute report, Jobs lost, jobs gained: Workforce transitions in a time of automation, as many as 375 million workers—or roughly 14 percent of the global workforce—may need to switch occupational categories as digitization, automation, and advances in artificial intelligence disrupt the world of work. The kinds of skills companies require will shift, with profound implications for the career paths individuals will need to pursue.

How big is that challenge? In terms of magnitude, it’s akin to coping with the large-scale shift from agricultural work to manufacturing that occurred in the early 20th century in North America and Europe, and more recently in China. But in terms of who must find new jobs, we are moving into uncharted territory. Those earlier workforce transformations took place over many decades, allowing older workers to retire and new entrants to the workforce to transition to the growing industries. But the speed of change today is potentially faster. The task confronting every economy, particularly advanced economies, will likely be to retrain and redeploy tens of millions of midcareer, middle-age workers. As the MGI report notes, “there are few precedents in which societies have successfully retrained such large numbers of people.”

So far, growing awareness of the scale of the task ahead has yet to translate into action. Indeed, public spending on labor-force training and support has fallen steadily for years in most member countries of the Organisation for Economic Co-Operation and Development (OECD). Nor do corporate-training budgets appear to be on any kind of upswing. But that may be about to change.

Among companies on the front lines, according to a recent McKinsey survey, executives increasingly see investing in retraining and “upskilling” existing workers as an urgent business priority—and they also believe that this is an issue where corporations, not governments, must take the lead. Our survey, which was in the field in late 2017, polled more than 1,500 respondents from business, the public sector, and not for profits across regions, industries, and sectors. The analysis that follows focuses on answers from roughly 300 executives at companies with more than $100 million in annual revenues.

Among this group, 66 percent see “addressing potential skills gaps related to automation/digitization” within their workforces as at least a “top-ten priority.” Nearly 30 percent put it in the top five (Exhibit 1). The driver behind this sense of urgency is the accelerating pace of enterprise-wide transformation. Looking back over the past five years, only about a third of executives in our survey said technological change had caused them to retrain or replace more than a quarter of their employees. But when they look out over the next five years, that narrative changes.

Sixty-two percent of executives believe they will need to retrain or replace more than a quarter of their workforce between now and 2023 due to advancing automation and digitization. The threat looms larger in the United States and Europe (64 percent and 70 percent respectively) than in the rest of the world (only 55 percent)—and it is felt especially acutely among the biggest companies. Seventy percent of executives at companies with more than $500 million in annual revenues see technological disruption over the next five years affecting more than a quarter of their workers.

Appropriately, this keen sense of the challenge ahead comes with a strong feeling of ownership. While they clearly do not expect to solve this alone—forging creative partnerships with a wide range of relevant players, for example, will be critical—by a nearly a 5:1 margin, the executives in our latest survey believe that corporations, not governments, educators, or individual workers, should take the lead in trying to close the looming skills gap. That’s the view of 64 percent of the private-sector executives in the United States who see this as a top-ten priority issue, and 59 percent in Europe (Exhibit 2).

As for solutions, 82 percent of executives at companies with more than $100 million in annual revenues believe retraining and reskilling must be at least half of the answer to addressing their skills gap. Within that consensus, though, were clear regional differences. Fully 94 percent of those surveyed in Europe insisted the answer would either be an equal mix of hiring and retraining or mainly retraining versus a strong but less resounding 62 percent in this camp in the United States. By contrast, 35 percent of Americans thought the challenge would have to be met mainly or exclusively by hiring new talent, compared to just 7 percent in this camp in Europe (Exhibit 3).

Now the bad news: only 16 percent of private-sector business leaders in this group feel “very prepared” to address potential skills gaps, with roughly twice as many feeling either “somewhat unprepared” or “very unprepared.” The majority felt “somewhat prepared”—hardly a clarion call of confidence.

What are the main barriers? About one-third of executives feel an urgent need to rethink and upgrade their current HR infrastructure. Many companies are also struggling to figure out how job roles will change and what kind of talent they will require over the next five to ten years. Some executives who saw this as a top priority—42 percent in the United States, 24 percent in Europe, and 31 percent in the rest of the world—admit they currently lack a “good understanding of how automation and/or digitization will affect our future skills needs.”

Such a high degree of anxiety is understandable. In our experience, too much traditional training and retraining goes off the rails because it delivers no clear pathway to new work, relies too heavily on theory versus practice, and fails to show a return on investment. Generation, a global youth employment not for profit founded in 2015 by McKinsey, deliberately set out to address those shortcomings. Operating in five countries across over 20 professions, Generation operates programs that focus on targeting training to where strong demand for jobs exists and gathers the data needed to prove the return on investment (ROI) to learners and employers. As a result, Generation’s more than 16,000 graduates have over 82 percent job placement, 72 percent job retention at one year, and two to six times higher income than prior to the program. Generation will soon pilot a new initiative, Re-Generation, to apply this same formula—which includes robust partnerships with employers, governments and not for profits—to helping mid-career employees learn new skills for new jobs.

For many companies, cracking the code on reskilling is partly about retaining their “license to operate” by empowering employees to be more productive. Thirty-eight percent of executives in our survey, across all regions, cited the desire to “align with our organization’s mission and values” as a key reason for taking action. In a similar vein, at last winter’s World Economic Forum in Davos, 80 percent of CEOs who were investing heavily in artificial intelligence also publicly pledged to retain and retrain existing employees.

But the biggest driver is this: as digitization, automation, and AI reshape whole industries and every enterprise, the only way to realize the potential productivity dividends from that investment will be to have the people and processes in place to capture it. Managing this transition well, in short, is not just a social good; it’s a competitive imperative. That’s why a resounding majority of respondents—64 percent across Europe, the United States, and the rest of the world—said the main reason they were willing to invest in retraining was “to increase employee productivity.”

We hear that thought echoed in a growing number of C-suite conversations we are having these days. At the moment, most top executives have far more questions than answers about what it will take to meet the reskilling challenge at the kind of scale the next decade will likely demand. They ask: How can I map the future against my current talent pool and processes? What part of future employment demand can I meet by retraining existing workers, and what is the ROI of doing so, versus simply hiring new ones? How best can I tap into what are, for me, nontraditional talent pools? What partners, either in the private, public, or nongovernmental-organization (NGO) sectors, might help me succeed—and what are our respective roles?

Good questions all. Over the coming months we intend to share more of our own thinking and analytical work—and some of the best ideas we are finding elsewhere—about the solutions that are emerging. Success will require first developing a granular map of how technology will change the skill requirements within your company. Once this is understood, the next step will be deciding whether to tap into new models of online and offline learning and training or partner with traditional educational providers. (Over time, a more fundamental rethinking of 100-year-old educational models will also be needed.) Policy makers will need to consider new forms of unemployment income and worker transition support, and foster more intensive and innovative collaboration between the public and private sectors. Individuals will need to step up too, as will governments. Depending on the speed and scale of the coming workforce transition, as MGI noted in its recent report, many countries may conclude they will need to undertake “initiatives on the scale of the Marshall plan.”

But for now, we simply take comfort from the clear message of our latest survey: among large companies, senior executives see an urgent need to rethink and retool their role in helping workers develop the right skills for a rapidly changing economy—and their will to meet this challenge is strong. That’s not a bad place to start.