Factories ramped up production ahead of the year-end festive period, but economists warn that it is too early to tell if the recovery can be sustained. 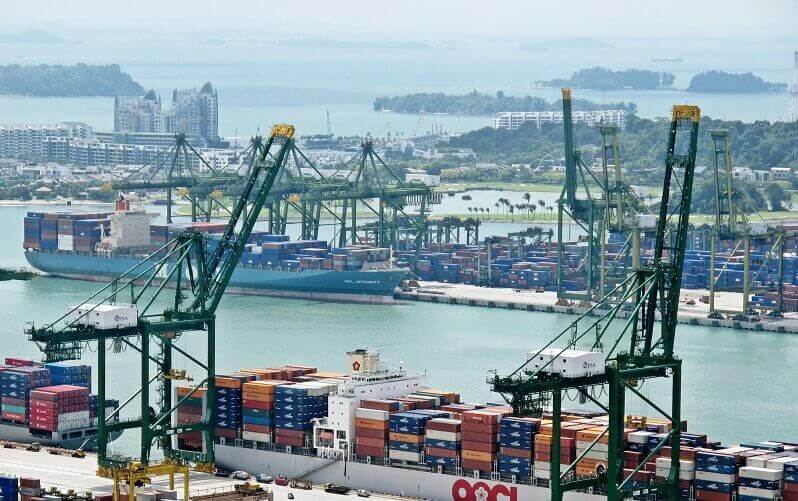 Manufacturing activity in Singapore expanded for the first time in 15 months in September as factories ramped up production ahead of the year-end festive period, but economists warn that it is too early to tell if the recovery can be sustained.

The Purchasing Managers’ Index (PMI) rose 0.3 point from the previous month to 50.1 last month, showed data from the Singapore Institute of Purchasing and Materials Management (SIPMM) on Monday (Oct 3), marginally above the 50-point mark that separates expansion and contraction. The improvement was led by higher readings in new orders, new exports, and factory output, the SIPMM said, as the key electronics sector continued to grow.

Despite gains, economists noted that global demand is still wobbly, while prospects remain weak in some segments.

“What we are seeing is just a very small improvement, just marginally above 50… At 50.1, it is just essentially less bad with a slight improvement in production and orders. The operational environment is less bad from a year ago but growth is still uneven. I suppose that reflects some stability in demand, as we are heading into the supposedly busiest period for manufacturers,” said CIMB Private Banking economist Song Seng Wun.

The electronics sub-index — which contributes to one-third of the Republic’s manufacturing performance — expanded for the second straight month, increasing 0.1 point from the previous month to 50.3.

Ms Selena Ling, head of treasury research & strategy at OCBC Bank said: “The question remains if the resurfacing of the headline manufacturing PMI back into expansion territory for the first time after 14 consecutive months of contraction will sustain. Even the last bout of expansion in mid-2015 only lasted two months. The improvement in the manufacturing sector is largely predicated on the electronics pick-up, so the health of the latter remains critical.”

UOB economist Francis Tan added: “Singapore’s PMI index is likely to hover around current levels, we still do not see a strong increasing trend as there is only one star-performer – electronics – contributing to the gains.”

“The performance is very uneven, with some segments doing better than the others. We can point to shipbuilding, transport engineering which continues to be in recession, but we have seen improvement in the tech manufacturing side. We have seen a slight pick-up in oil prices as a result of that tentative agreement by OPEC members to cut output, but whether that recovery is sustainable remains to be seen,” Mr Song noted.

The expansion in factory activity in September came after Singapore’s non-oil domestic exports remained steady in August compared with the same month a year ago, clawing back after the steep 10.6 per cent contraction in July. By geography, shipments to six of the top 10 export markets rose in August, with Taiwan, Hong Kong and the United States accounting for the largest gains, followed by South Korea, Thailand and Malaysia. Exports to the European Union, China, Japan and Indonesia fell.

Meanwhile, the regional PMIs are turning in a mixed performance amid the uneven global demand. The PMIs for Vietnam, India and Taiwan stayed in the expansion zone in September, while those for South Korea, Malaysia and Thailand contracted.

The private sector Caixin/Markit Chinese manufacturing PMI, which focuses on small- and medium-sized firms in the world’s largest factory hub, edged up 0.1 point from August to 50.1 points. The official Chinese PMI, which mostly covers larger state-owned manufacturers, was unchanged from the previous month at 50.4 points.